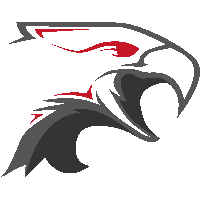 On the eve of our Overwatch Contenders Season 2 debut, we'd like to officially share with you some of the changes to our Overwatch roster!

CantuS and yuki have made there way to Dark Sided after placing second with MGC last season. Their resumes boast LAN and Open division victories, alongside World Cup experience. Most recently, yuki was named as one of the seven players that will fly to Thailand to represent Team Australia in September.

Dark Sided placed 3rd-4th in Season 1 of Contenders Australia, falling to the Drop Bears 3-2 in the semifinals. While it is perhaps surprising that the team chose to make big changes after being a mere map away from the Grand Final, the acquisition of two big name free agents will potentially put them in a better position to contend for title. Dark Sided currently hold a 2-0 record and next play against Avant Gaming on the 17th.

who were released by Dark Sided