Discord in the Ranks: Meta Watch 2 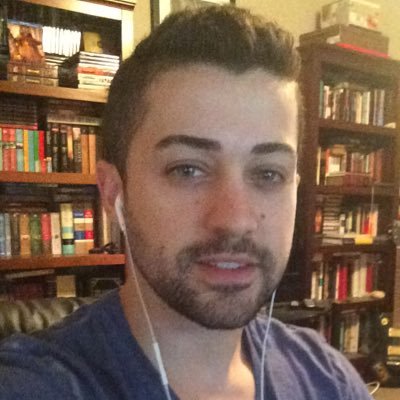 It seems like just yesterday the competitive community joined hands and rejoiced that the future of the Meta was a strong independent Meta that didn't need no stinkin' limitations. Thanks to teams sending forth their best Junkrat and Yippee ki-yay cowboy to right click drill a hole through the evil space monkey's dome of FeelaBadMan, the end of days hamageddon strat from GG4, where double Winston/double Reaper reigned supreme, was in fact countered. Throw in a Winston shield nerf for good measure and hip-hip-hooray! Crisis adverted.

Yet because we can't have nice things, evil team overlords hatching diabolical plans decided to call into question the overall design of Overwatch's unrestricted hero switching once again, with the unveiling of another overly obnoxious double-up strategy. You know it by now, it's the (2x) Zenyatta build team's have employed to capitalize on the unique healer's isolating debuff, passive heal, and endless spouting of life-altering philosophies.

Unlike any other strategy yet seen in competitive Overwatch, this whole lot of Zenyatta or Zenlotta™ strat stumped teams encountering it for the first time, causing them to fall back on the only alternative one really has when introduced to a genius yet inscrutable idea . . . plagiarize it! Teams copied the build, 4 Zens floated around passive-aggressively insisting the other climb inside their eyeballs, and for a brief shining moment, Overwatch was kind of fun to watch.

While the Hamaggedon strat was rigid and relied on a precise build to present opponents with a composition that seemingly had no weak points, the Zenlotta™ strat is a bit more elegant. Commonly featuring 2 Zenyattas, 1 Symmetra, 1 Tracer, 1 Genji, and a swing spot, the core of the strategy relies on the realization that you don't really need to worry about things like team heals and tanks if you have slippery DPS classes with passive regen wreaking all sorts of havoc behind enemy lines. Combine that with the fact that two enemy players will each take an extra 50% damage once the Zenyatta performs the complex task of 1) having eyes, and 2) pressing E, and you've essentially created a meta that is both annoying and overwhelming (but, don't forget, maybe fun to watch).

Having won the GosuGamers#6 in which Zenlotta featured, Cloud9 DPS specialist and Twitch Streamer, Surefour had this to say:

Zen is a weird character. He can heal people without ever being close to them, make someone take more damage without ever being close to them, and deal a lot of damage himself. He's basically a healing sniper debuffer . . . So the Zen meta kind of takes away from the strategy and team coordination of Overwatch. It's just, put two orbs on people and let them do their thing. While they [the Zenyattas] sit back and watch while unleashing artillery.

Indeed a major allure the strat offers is a flexibility when choosing exactly how to support the artillery unleashing Zenyattas. Only Symmetra, whose shields provide the entire team (not least of all the squishy Zenyattas) with 50+ regenerating hit points, is irreplaceable. Her eventual teleporter, which necessitates that someone on the opposing team locate and destroy it, further allows the chaotic action to continue ad infinitum. You're left with a build in which one team is constantly alive, constantly healing, and constantly hitting you from both the front and back while picking on you for wearing the purple bully balloon.

Double Winston/Reaper comp you could counter with a simple play-style change. But some of these double Zen comps are almost too hard to play against because of the healing with no drawbacks and the damage amplifications. Lucios damage was nerfed so you can kill him if he's alone and out of position. Mercy HAS to choose between healing/damage boost and pistoling. But Zenyatta can do everything.

PAIN IS AN EXCELLENT TEACHER

The trouble teams are having dealing with the strategy is the fact that it's extremely taxing on traditional 2x2x2x defenses to fight both the forward battle of an advancing team, while simultaneously checking behind for Harmony empowered DPS experts. Since the only way to neutralize the stream of orbs upsetting your nirvana is to take out the source (the Zenyatta), and since the best way to kill the Zenyatta is with flanking DPS heroes, and since the best way to use flanking DPS heroes is with Zenyatta, what happens is what appears to be the prevailing Overwatch Meta. That is, when rock is beating you and you can't find paper, use more rock. Yet as the OW competitive community continues to develop and uncover what comp Overwatch actually is, this sort of tournament-to-tournament based relinquishment of copying the prevailing meta is increasingly becoming unpalatable to those recognizing that without hero restriction, it will always be impossible to account and prepare for every permutation of potential hero builds.

Some people defend "cheese" comps because they're in other games . . . a cheese strat is "all in." It either works or it doesn't . . . Cheese builds either help you snowball faster or just make you become a liability. But that's not true for OW. You can run a cheese strat first point/first push and the other team has no chance of planning against it or preparing for it. So if it works you have a huge advantage. If it doesn't? Well you just switch heroes and nothing's really lost.

Herein lies the issue. As the competitive stakes keep rising, the community must continue to soul search and determine if such a cheese buffer is acceptable or not. The question has been asked whether or not this laissez-faire allowance is ultimately good for the emerging competitive game — and the answer is still up for debate.

Even though a lot of people are against the 1 hero limit rule it's kind of needed to balance the game correctly. I doubt Winston would have ever gotten a shield nerf if it weren't for 2 Winston comps, and in the end you just nerf a single Winston too much. So multiple heroes not only make the game harder to balance it makes single heroes worse after nerfs . . . and characters are starting to be balanced around themselves having a harmony orb instead of just the character themselves. If there isn't a 1 hero limit there is always going to be one comp that is better than the others, and it's going to be harder to balance around.

With Blizzard recently announcing that Overwatch will launch on May 24th, the clock is officially ticking for all of the game's kinks to be ironed out. Not least among those kinks is hero balance. As Surefour and the rest of the larger community is coming to learn, hero balance seems largely tied to whether or not the guinea pig competitive community can break something. It's happened with Mercy/Widow, Winston, Genji, and just recently with Zenyatta.

Whether or not these changes will be enough to dethrone the Zenlotta™ strategy and restore order to the limits debate remains to be seen, but with GosuGamers #7 only hours away, all eyes will once again be turned to the weekend's tournaments to uncover just how healthy the competitive Meta actually is.

Mei the odds be in their favor.

we will forever know the double winston/reaper strat as the hamageddon, and I will be sure to make all future generations acknowledge this truth.

We could go even deeper and remember the time McCree was the best hero in the game by far. So many things to remember and so much time to forget...

Really good article. I know a lot of viewers think it's fun to watch but it's definitely not fun to use or play against :P

It's interesting to watch something new develop every weekend.

I posted a link to this for discussion on /overwatch. The conversation really picked up so here's a link: https://www.reddit.com/r/Overwatch/comments/4a61yi/c9surefour_comments_on_hero_limiting_and_the/