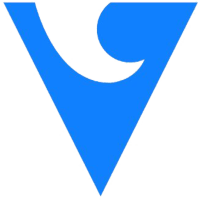 Wilkommen! Join us in welcoming @OfficialProGi to our coaching staff! pic.twitter.com/9Ybv6G1DBh

Today we bid farewell to @TW1STan.

We hope to see you give your all and succeed in whatever you choose to do next! pic.twitter.com/XhBOWii2S4

The German main tank is leaving the player life behind after multiple seasons in Contenders on various teams in North America and Europe. His last team was Square One, which he played with for about a month, and left the roster later in April, the same month that he joined. His other notable team appearances were Germany's 2018 World Cup team, One.PoinT, Outta My Game, and HSL Esports.

Twistan joined the Wave Check coaching staff back in April to aid the squad with their trek in North American Contenders Trials. They were the last team to secure a spot in Contenders, edging out Last Minute and Luminance.

Wave Check is currently 0-2 is Contenders play, having lost to Team Envy and Triumph in the first two weeks of Contenders competition. Their next match will be against the Montreal Rebellion on July 1 at 7:30 p.m. Eastern.

The roster of Wave Check