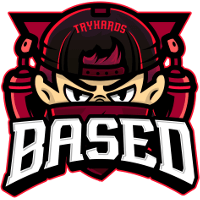 🇺🇸 We’re happy to finally announce our last missing piece to chase another title with us. Welcome @lubbockow! pic.twitter.com/MWDGeVJX12

Lubbock previously played for The Suquinho Nation, joining the roster prior to Contenders Trials Season 3. He helped the team finish second in Trials to enter Contenders Season 3, where he and the team has gone 1-2.

He joins a based tryhards team that recently saw two players leave for North America. The first departure was DPS Klaus for Uprising Academy. The second was main support alemao leaving for the Boston Uprising.

alemao was replaced by wings soon after his departure, however the team had not added a new DPS to replace Klaus prior to adding Lubbock. dudu has played the last two matches for based tryhards in Klaus's place.

The next match for based tryhards will be played December 15 against Predators Esports.