HSL Esports Contenders EU Rank #15 have let go of their roster and called up their academy team to their main team. This change came after they lost in the opening round of the most recent Contenders tournament.

We're happy to announce that we have promoted our academy team to contenders. In addition we also like to welcome Wayfast to the roster. We're exicted to see what these players can achieve!

The team released rCk , Fupzen , Dolla , Trispear , henningsen and Zeal . Three of those players -- rCk, henningsen and Dolla -- have reunited with former HSL Esports teammate Ding and joined two others to form a new team: Disaster 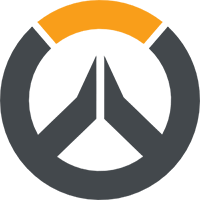 HSL Esports' new roster is made up of five players from their academy team: Frayu1600 , Julo , ILikeCows , Barotz and Vendetta . Their sixth player, Wayfast , was last a member of Angry Titans.

They have also parted with two of their assistant coaches: Izzy and Aplox . Lov3monkey remains the team's head coach.