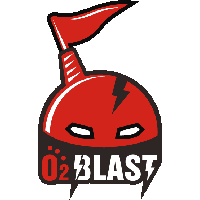 The most prominent additions for O2 Blast are three former Overwatch League players: Yakpung , Neko and Kalios . Yakpung returns to his former home in Contenders after playing for the Toronto Defiant in 2019. He joins O2 Blast alongside fellow Defiant teammate Neko. Under the Defiant, the two of them qualified for the Stage 1 playoffs, falling in the quarterfinals to the eventual runners-up San Francisco Shock. Both players were cut during the offseason as the Defiant moved towards a Western-oriented roster.

Kalios left the Overwatch League in 2018 and has been bouncing around several teams. After briefly playing for the Skyfoxes towards the end of 2018, he played for Korean team Griffin. He and Griffin qualified for both seasons of Contenders Trials Korea in 2019, but missed out on qualifying for Contenders. He then briefly played for Third Impact in August.

The new acquisitions join Proper , Pelican and Kaiser , who are returning to O2 Blast. The team achieved two second place finishes in Contenders 2019 Season 1 and in the Pacific Showdown.

They've also had three players move up to the Overwatch League during the offseason. Cr0ng, Myunbong and Mandu went to Guangzhou Charge, Boston Uprising and New York Excelsior, respectively.

The new roster will have their first showing at the Contenders seeding tournament held next week.

The players on O2 Blast