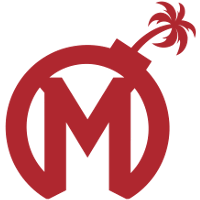 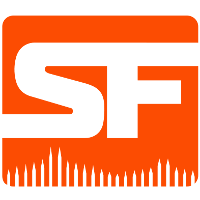 I think they will prepare quite a lot for this match so that way they can have a good chance to make the stage playoffs.

I'm leaning too but you can never count a Korean team out.

Remember when these teams were at the top of ow?

Funny how history repeats itself. I was so hyped for this fight back in Stage 1, then as the Fuel got worse and worse my interest fell for their matches vs Seoul, but now all the way near the end of Stage 4, that hype has come full circle.
Good to the see the Fuel actually know what the hell they're doing.

Is Seoul officially out of it or do they still have a chance from round count/head2head vs. other teams? I don't think they deserve a playoff spot considering the amount of matches they threw in the earlier stages, but I'm curious to know what exactly their situation is currently.

Mathematically they can still get to playoffs, they have to win both their games, and either Philly or Gladiators have to lose both of theirs I think

Doubt gladiators will loose to shanghai, but philly has outlaws and London so it's possible they loose both. However we also have to assume Seoul will beat Dallas and gladiators which I wouldn't bet on.

Yeah exactly, Philly losing is their best chance, and Seoul could pull it out against the Fuel, but beating Gladiators seems unlikely

Dallas need this victory to move on to stage playoffs so they be hungry for it. Seoul on the other hand looks demotivated. 3-0 to fuel, because we have had a strange amount of draws recently.

I'm all in on Dallas because I would love to see DF finish strong despite all the bullshit they've been through this entire season. Seoul on the other hand I have absolutely no sympathy for. They paid their hand worse than any other team in the league (playing completely trash lineups for a large percentage of their early stage matches) and it's no surprise to me they didn't make a single playoff round.

Dallas was fucked by awful management, Seoul as well, is being fucked by awful management. They are both in basically the same situation, it's just that one team was shouting their problems while another is keeping it on the down-low. You could argue Seoul is in a better place than Dallas considering their PR stuff shows them positive and enjoying themselves, unlike Fuel in their slump. I think both teams should be given sympathy, Lack of coaching (Dallas), overabundance of coaching (Seoul), lack of a real main-tank (xQc, Miro), they are literal mirrors.

For xQc it was literally a lack of main tank, like, they didn’t have one

Why he is just staggering and trying to play widow :(

Akm was nutty.. carried seoul so hard.. never witness a widow at that level..

There is nothing you can do when your only DPS is the one died first every fight. FuelsBadMan

Akm trying to be good widow lmao
Just stick to macree than, he was getting shit by fleta 2 maps in row

Akm pulled what a mercy main does when another mercy main takes mercy. Picks widow and soft throws all game. In his case there was no soft.